A Structure RE: Corruption of Memes - 3

In a couple of posts within a couple of series here on Toxins of Power Blog, such as A Structure RE: Corruption of Memes and Phase One & Two: Toxin v Meme, we advanced the hypothetical notion that memes in memory can be morphed.

That is, they can change into a different structure, a variant meme, while still in memory, a notion that is resisted by some scientists.

In those posts we specifically advanced the notion that the toxins of power alone could trigger such a morph.

Then in the post The Toxic Bridge To Everywhere, we added another specific mechanism whereby the toxins of power could trigger such a morph by working within an already existing structure in the subconscious Amygdala.

A new study supports such a notion, and like this series, challenges an existing theory:


The team's study challenges the theory that memories cannot be modified once they are stored in the brain.

(Science Daily). The study shows how certain drugs can cause memory morphs by unlinking certain threads of memory.

But at another level, in another context, the realm of marketing, certain researchers in that discipline are quite bold to declare that memory in the brain can be morphed:


A group of US marketing researchers claim that brand owners can make their customers believe they had a better experience of a product or service than they really did by bombarding them with positive messages after the event. Advocates of the technique, known as "memory morphing", claim it can be used to improve customers' perceptions of products and encourage them to repeat their purchases and recommend brands to friends.

"When asked, many consumers insist that they rely primarily on their own first-hand experience with products – not advertising – in making purchasing decisions. Yet, clearly, advertising can strongly alter what

consumers remember about their past, and thus influence their behaviours," he writes in his book, How Customers Think. He says that memories are malleable, changing every time they come to mind, and that brands can use this to their advantage. "What consumers recall about prior product or shopping experiences will differ from their actual experiences if marketers refer to those past experiences in positive ways," he continues.

(Memory Morphing in Advertising, cf. PDF, emphasis added). Actually, this realm is described elsewhere as a gigantic business which has itself morphed from product marketing into the political arena known as marketing "political products".

The world renowned linguist Noam Chomsky points out that it is common practice to market politicians in a manner not at all unlike the advertising of a commercial product:


And one of the striking features of the modern period is the institutionalization of that process, so that we now have huge industries deceiving the public — and they're very conscious about it, the public relations industry. Interestingly, this developed in the freest countries — in Britain and the US—roughly around time of WWI, 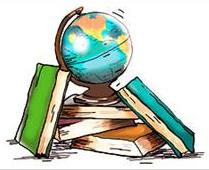 when it was recognized that enough freedom had been won that people could no longer be controlled by force. So modes of deception and manipulation had to be developed in order to keep them under control.

And by now these are huge industries. They not only dominate marketing of commodities, but they also control the political system. As anyone who watches a US election knows, it's marketing. It's the same techniques that are used to market toothpaste.

(Noam Chomsky, emphasis added). It is the specific intent of an election team to convince you, during a re-election campaign, that your experience with the candidate was better than you thought it was.

That is just like the marketers who seek to morph your memory about the use of a commodity, a product you have been using, into a better recollection than what you actually experienced ("brand owners can make their customers believe they had a better experience of a product or service than they really did", see "Memory Morphing in Advertising" link above) .

The event alluded to above, this "changing of the mind", requires a morph of the type we have been discussing in this series, i.e., the corruption of memes.

In this series memetic memory morph ("meme corruption") has now been demonstrated to occur, whether such corruption comes by deliberate actions, by personal experience within a meme complex, or by some subconscious working of the toxins of power upon memes in an individual's memory via some manipulation of the amygdala.
Posted by Dredd at 10:31 AM No comments:

An Example Of An Antitoxin

The citizen in the video below is an example of a carrier of an antitoxin to the toxins of power.

This particular situation has to do with unreasonable searches and seizures described in the Fourth Amendment to the U.S. Constitution.

This blog has provided formulas for calculating when the toxins of power may affect the behavior of officials.

Those formulas include the factor of antitoxins.

We can add this: one who has proper knowledge of the constitution is an antitoxin carrier, which is demonstrated clearly by this individual who is caught up in a place where the toxins have caused an obvious power-disease outbreak.

He uses the antitoxins to inoculate those infected officials who, coincidently, should be grateful to him, not resentful.

He is an example we all need to emulate, because this guy prevailed because he knew his rights and stood up for them.

They did not search his car.

The next post in this series is here.
Posted by Dredd at 12:03 PM 2 comments: