The Toxins Corrupt Frames of Mind

In a series of posts beginning here, we graphically depicted, in simple constructs, how a meme is stored in the "mind" and is transported via language into another mind.

This post is intended to expand upon that construct.

We will be focusing on the strands in the web that theoretically compose a meme, depicted by the globe of strands in the graphic above, to show that the extent of the meme reaches to more of an area than we traditionally conceive of as "memory".

In the original post we quoted Noam Chomsky, so in this post we will quote from George Lakoff, who was a student of Chomsky, and who is now sometimes said to be a proponent of some theories contrary to Chomsky.

Be that as it may, here we only want to learn from both of them as well as from other scientists, not to join one "side" or the other.

What Lakoff can add to our construct is that the composition of the strands of the web of a meme theoretically extend out to our bodies and to our emotions.

Using that extension we can see that the toxins of power work on an expansive field within those exposed to power, not just on the area covered by conventional notions of memory, but on reasoning, logic, and emotion as well.

But more than that, the toxins work on areas where cognitive frames of mind are interwoven together, that is, at the junctions such as morphemes, lexemes, and of course words.

There is an entire area of study dealing with the effects and purposes of "benign" propaganda or deceit, for example, showing that it is a massive endeavour.

One of the tactics utilized in that questionable endeavor is to change the meanings of words, for example, which would in turn change the structure of a meme and in some circumstances corrupt it.

As a recent example, recall the efforts to change the meme described by the word "torture" into the meme of "enhanced interrogation".

When any one of the components of a meme becomes corrupt, it can change the structure of that meme into a corrupt form, and thereby lead to propagation of that corruption.
Posted by Dredd at 9:55 AM No comments:

Ecocide: Evidence Of Toxins of Power 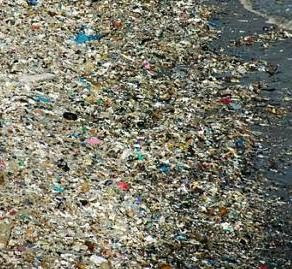 People have a love affair with their new cars it has been said.

Some are so intimate with their vehicle that they use them as a weapon when they commit suicide.

For whatever reason some people park the car, put a hose from the exhaust through the window to the inside, then get back inside and wait for oblivion.

That perverse "vehicular intimacy" seems to be a relationship we are having with the Earth.

About ten years ago the main stream media began to report about a garbage gyre in the pacific ocean, which was about twice the size of Texas.

Now, more is known about gyres, and we now find that there are Five Continents of Garbage floating in the various oceans:


Thus far, we've found plastic milk crates, lighters, toothbrushes, bottle caps, shotgun shells, dental floss holders, buckets and bucket lids, bleach bottles, antifreeze bottles, plastic bags, plastic tubs, nail polish remover bottles, and every manner of plastic goods one would find in any grocery store across the world. As a crew, we collect this debris from the deck of the Sea Dragon with large fish nets and examine the contents. The results have been staggering. Ultimately, it's difficult to imagine the size of the problem that is now affecting the Atlantic too because our vantage is that of a needle in a haystack -- a 72 foot research sailboat amidst the vast wilderness of an enormous ocean. But what's certain, given the data and debris collected already along a transect, is that the problem of plastic in oceanic gyres worldwide is at least twice as bad as researchers knew before and is ubiquitous in the Atlantic as well.

(Five Gyre Org). In a post on this blog we have set forth the hypothesis that the toxins of power, anciently conceived of as a personal problem of an individual, are actually a greater danger than that.

We hypothesize that the toxins of power are a danger to entire groups, which may include entire nations.

This blog has even wondered if it the toxins of power is a cosmic phenomenon.

It is as if the planet is saying: "Whatever you permit the toxins of power to influence you to do to the ecosystem, is exactly what you are allowing to be done to yourselves, up to and including the murder of the entire human species."

The murder of the planet, including humanity, is the definition of ecocide.

Thus, the toxins of power can kill, maim, and utterly destroy if not countered with antitoxins.
Posted by Dredd at 4:03 PM No comments:

A Religious Doctrine For Toxins of Power

We have talked about the ultimate source of the toxins of power.

We have pondered Roger Penrose's theory that consciousness is a phenomenon describable, at its very lowest level, by quantum physics.

He notes, however, that the science of physics is unable to detect the foundation of consciousness at that level at this time.

We have asked if the toxins of power concern a cosmic phenomenon or whether the phenomenon is, instead, limited to the earth, or perhaps limited to only a few planets.

We have surmised that it is most likely a mystical notion anyway, no matter how we look at it, so now we take a look at some ancient concepts for the source of the toxins of power.

According to one online encyclopedia:


The Devil is believed in certain religions and cultures to be a powerful, supernatural entity that is the personification of evil and the enemy of God and humankind. The Devil is commonly associated with heretics, infidels, and other unbelievers. The Abrahamic religions have variously regarded the Devil as a rebellious fallen angel or demon that tempts humans to sin or commit evil deeds. Others regard the Devil as an allegory that represents a crisis of faith, individualism, free will, wisdom and enlightenment.

(Wikipedia, Devil). Some of the more radical verses of the New Testament in Christian Theology say that this Devil being hides, but is the controlling power of the nations of this planet:


In whom the god of this world hath blinded the minds of them ... lest the light ... should shine unto them.
...
And no marvel; for Satan himself is transformed into an angel of light. Therefore it is no great thing if his ministers also be transformed as the ministers of righteousness ...

There is even a Bible passage where Jesus was tempted by this creature who was claiming to control the kingdoms of the world:


Again, the devil taketh him up into an exceeding high mountain, and sheweth him all the kingdoms of the world, and the glory of them; And saith unto him, All these things will I give thee, if thou wilt fall down and worship me.

(Matthew 4:8-9, KJV). According to these writings Jesus even indicated that some of the religious leaders of his day, who were trying to kill him, were controlled by the Devil creature:


Ye are of your father the devil, and the lusts of your father ye will do. He was a murderer from the beginning, and abode not in the truth, because there is no truth in him. When he speaketh a lie, he speaketh of his own: for he is a liar, and the father of it.

(John 8:44, KJV). This concept does identify a source for toxins ("the father of it") we call falsehoods or deceptive thinking.

Whew! All this is heady stuff.

Clearly there was recognition in ancient times that something unseen and toxic or bad caused human beings to behave in a bad or toxic manner.

Behavioral scientists today have several theories which are evolution based, not religion based, but still there is no definitive authority for a completely prevailing theory.

That is not a show stopper, because we have the same problem with gravity and time.

We can't completely get to the bottom of it, we can't yet fully isolate gravity to a "graviton", the smallest theoretical component of gravity, so we still struggle with what it is.

Microbiologists may have established a link to microbes as a source for toxins of power as shown in Hypothesis: Microbes Generate Toxins of Power.
Posted by Dredd at 5:22 AM No comments: