An Example Of An Antitoxin - 2 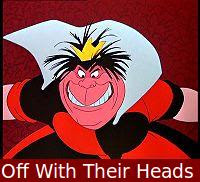 In the first post of this series, we showed an example of what the 99% must do to curtail the oppression of the 1%, beginning with standing up for human rights.

The Dredd Blog system disagreed with them in the post The Impact of The Toxins of Power on Evolution, not because we don't identify with the 99% (we do), but because the American system is now a plutocracy with a plutonomy that plunders the 99%, and too many of the 99% suffer from Stockholm Syndrome.

At the same time we hope we are wrong about that.

The effects of the toxins of power are obvious sometimes, so even though this blog ponders various ideas about how corruption of power takes place at the microscopic and cognitive levels, at the same we realize that oppression is out in the open for all to see.

Make no mistake about it, we have to keep a focus on the wrongs that allowed the 1% to complete the coup, to plunder America, and thereafter harm the populace.

Likewise, those who suffer from Stockholm Syndrome, who think that the military produces our freedoms, are ill advised.