Stay Thirsty For Freedom My Friends 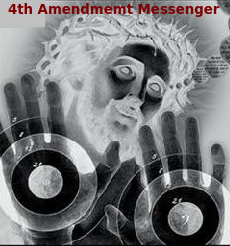 I had some reflections on President Obama's speech given a while ago today about the military NSA.

Even though I have not had much time to digest it completely, I will offer some thoughts off the top of my head.

It is clear that President Obama is suffering from the corruption of toxins of power (About Toxins Of Power).

It is also clear that this infection at this time is becoming an epidemic in the U.S.eh? and who knows in what other nations.

There are at least two pillars or characteristics of this or any other tyranny and oppression:

We have lost touch with the ability to determine it.

Further, being educated about the constitution and then taking an oath to uphold it does not prevent the toxins of power from removing that understanding from some of those who thereafter sit in a seat of power.

What is evolving in our politics as a result of the epidemic is sorta like the essence of a personality cult as far as I can tell (some call it a "political duopoly").

The it (constitutional government by law, not by men) is no longer the determinate factor in our concept of tyranny, rather, good constitutional law is determined by who is doing it (see ipse dixit).

That the very essence of tyranny and oppression.

And in our nation at the group level it is getting to look like our politics is composed of two personality cults striving for power while each puts the other personality cult down.

I am seeing this infection spreading, because we see more and more of it being done to them, which eventually turns on the people:


To whom are sovereigns accountable? In 1609 King James I offered Parliament his answer. Starting from the premise that the “[e]state of the monarchy is the supremest thing upon earth,” he equated kings to gods, because “they exercise a manner or resemblance of divine power upon earth.” Kings have absolute power and authority, “and yet accountable to none but God only.”

(Follow The Immunity - 3). It is that old "germ" within that old epidemic which we thought we had immunized ourselves from.

The toxins of power are still with us, and they are factors in the development and or decay of our cultural amygdala (Hypothesis: The Cultural Amygdala).
Posted by Dredd at 3:42 PM 1 comment: