A Structure RE: The Corruption of Memes - 4 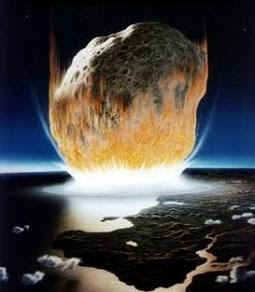 In this series we have been thinking about how memes within our memory can morph.

That is, how they can evolve from one meme into a different meme.

The astounding science concerning human gene - microbe symbiosis discussed in the Dredd Blog post The Tiniest Scientists Are Very Old - 2 calls for an additional approach to prior analysis of the notion of the toxins of power.

First of all, carefully consider this information about microbes:


Single-celled microorganisms were the first forms of life to develop on Earth, approximately 3–4 billion years ago. Further evolution was slow, and for about 3 billion years in the Precambrian eon, all organisms were microscopic. So, for most of the history of life on Earth the only forms of life were microorganisms. Bacteria, algae and fungi have 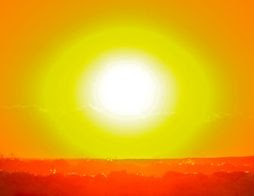 been identified in amber that is 220 million years old, which shows that the morphology of microorganisms has changed little since the Triassic period.

Most microorganisms can reproduce rapidly and microbes such as bacteria can also freely exchange genes by conjugation, transformation and transduction between widely-divergent species. This horizontal gene transfer, coupled with a high mutation rate and many other means of genetic variation, allows microorganisms to swiftly evolve (via natural selection) to survive in new environments and respond to environmental stresses.

(Wikipedia, Microbes, emphasis added). Next, consider this bombshell of a concept so we can fuse this symbiotic reality into formal concern:


A recent paper by investigators from Sweden and Singapore reports on studies using a mouse model to demonstrate that the presence of the gut microbiota significantly influences the developing brain, influencing developmental pathways that affect both motor control and anxiety-related

behaviors. The implications for human development are certainly not yet realized, but could be profound. Our anxiety, motor control, and even cognitive pathways are implicated in this paper. Microbes may indeed be subtly changing our brain early on — and for what purposes we cannot yet say. The article would imply that this interaction is beneficial to us, and thus indirectly to our microbiota, but the mere fact that microorganisms can shape our minds brings up many more questions about how humans develop their identity.

(Small Things Considered, a blog of microbiologists from The American Society of Microbiologists, emphasis added). The vast microbial world within our bodies and minds can have an effect on the composition of our brain, on our cognitive endeavors, on our thinking, yes, on our memes.

As such, the symbiotic relationship our minds have with microbes must be factored into the contemplation about how toxins of power corrupt memes, which in turn can eventually corrupt our behavior as well:


"Interactions of animals with their microbiota have a profound impact on their gene expression, and to create a stable association with a microorganism requires a lot of conversation between the microbe and the host," says UW-Madison medical microbiologist Margaret McFall-Ngai, senior author of the new study.

(Science Daily). Some cosmological considerations of "a lot of conversation between the microbe and the host" raises some interesting questions:


How did these early Earthly life forms arise? And did they include archae, bacteria, and eukaryotes? Joseph and colleagues (Joseph 2009a; Joseph and Schild 2010ab; Joseph and Wickramasinghe 2010) have detailed and reviewed a large volume of evidence suggesting life arrived here encased in the debris which formed the surface of this planet.

By contrast, Russell and colleagues (Milner-White and Russell 2010; Nitschke and Russell 2010; Russell and Kanik 2010) have presented an impressive body of data indicating Earthly life (and even extraterrestrial life) may have been fashioned by the fortuitous mixture of the necessary chemicals within a watery thermal environment. Certainly early Earth was hot. Likewise, evidence of the earliest life was left in rocky formations bathed in water, i.e. banded iron formations consisting of alternating magnetite and quartz dated to 4.28 bya (O'Neil et al, 2008)

(Journal of Cosmology, emphasis added). That article presents a question as to whether or not microbial life originated here on Earth, or actually arrived later via comets or meteorite impacts (see photo at top of page). Lets add "or both".

Even if we consider that issue to be both controversial and undecided as to origins, we have other evidence of later incursions of extraterrestrial microbial life arising much later, after microbial life was already here on Earth and well established:


Richard Hoover has discovered evidence of microfossils similar to Cyanobacteria, in freshly fractured slices of the interior surfaces of the Alais, Ivuna, and Orgueil CI1 carbonaceous meteorites. Based on Field Emission Scanning Electron Microscopy (FESEM) and other measures, Richard Hoover has concluded they

are indigenous to these meteors and are similar to trichomic cyanobacteria and other trichomic prokaryotes such as filamentous sulfur bacteria. He concludes these fossilized bacteria are not Earthly contaminants but are the fossilized remains of living organisms which lived in the parent bodies of these meteors, e.g. comets, moons, and other astral bodies.

That brings us to the subject of the toxins of power that corrupt human thinking when humans are exposed to power (but do not thereafter take steps to immunize themselves from those toxins).

Here at Toxins of Power Blog we have focused on the Amygdala as one area where toxins do their work, but we have also pointed out that memetic morph can take place in the memory of a person.

We have also, while contemplating the source of ecocidal thinking, hypothesized that ecocide is the result of toxins of power corrupting the thinking of people in power.

We have even wondered whether a civilization can even bring about its own extinction by destroying its ecosystem, its environment, its home, without first having been infected with a corrupt alien thought pattern in some way.

Now, in this post we can say that we have evidence that microbes play a part in human thinking as well as human genetics, and that if destructive, ecocidal thinking was part of some alien culture whose microbes reached the Earth, it could likewise infect our thinking.

Why on Earth otherwise would humanity destroy itself or its civilization unless it was infected with some cognitive sickness?

A Dredd Blog post, "The Undiscovered Side of Science & Life - 3" takes this subject a bit further.

This post is in the context of a scientific explanation for the mystery of how the toxins of power work on the human mind.

A post a while back discusses the religious view of how toxins of power work on the human mind.

This blog is developing a hypothesis that toxins of power originate in the microbial world.
For levity, an electron microscope, which makes things look zillions of times larger, took this revealing shot of alien microbes interacting with the human genome: