The untimely death of Michael Jackson recently got me wondering about power again.

He came into money and celebrity at an early age, 11, through the efforts of his father, who established the talented and successful "The Jackson Five".

The burdens put on him must have been tremendous, as were the benefits of celebrity.

I have written about the toxins in power in the context of political energies, which can corrupt politicians, like Governor Sanford for example, if they are not careful.

But I have been wondering whether the power of money, celebrity, and other forms of social power contain toxins too? 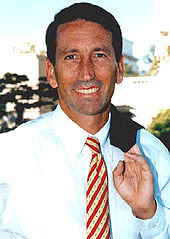 Lord Acton indicated as much when he famously said "Popular power may be tainted with the same poison as personal power".

We can throw in the notion "Money is power" to boost the idea. A book by that name Money is power: a scientific, historic, and practical treatise", by R.W. Jones (1878), should bolster the idea.

It would be good for psychiatry to get a much better handle on the notion of toxins in power so that those who must experience power can deal effectively with those toxins.

They could live better lives in the sense of knowing how to deal more effectively with those toxins.

We will always have entertainers and people who have to work in government service, so we will always have the exposure to deal with, since both groups, politicians and celebrities, are most likely exposed to those toxins.

Thus, we could expect to benefit society as a whole when our health care system and our techniques for dealing with the reason "power corrupts and absolute power corrupts absolutely" are up to par with this challenge.
Posted by Dredd at 7:27 AM