The Territorial Realm of Toxins of Power 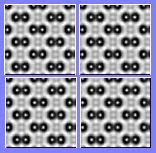 In the science of memetics there is a notion of group where like memes circulate in the form of a group ideology.

A group ideology could be identified with a political party, a religious denomination, a liberal group, a conservative group, as well as many other groups of various sorts.

The central characteristic is that they think alike on various issues with enough intensity so as to cause individual members to identify with that group.

The memetic lexicon calls this a meme-complex, describing it as:


A set of mutually-assisting memes which have co-evolved a symbiotic relationship. Religious and political dogmas, social movements, artistic styles, traditions and customs, chain letters, paradigms, languages, etc. are meme-complexes. Also called an m-plex, or scheme (Hofstadter). Types of co-memes commonly found in a scheme are called the: bait; hook; threat; and vaccime. A successful scheme commonly has certain attributes: wide scope (a paradigm that explains much); opportunity for the carriers to participate and contribute; conviction of its self-evident truth (carries Authority); offers order and a sense of place, helping to stave off the dread of meaninglessness. (Wheelis, quoted by Hofstadter.)

(Memetic Lexicon). Of course this is not ipso facto or axiomatically a bad thing.

But it can become a bad thing, as noted in the book 1984, where a corrupted form of the meme-complex was associated with a toxic disorder called "groupthink".

In terms of toxins of power working on a group, follow the structural hypothesis series showing how memes in memory are corrupted within an individual's memory, then transferred via language to others.

In a group setting this is easier because the group is already predisposed favorably toward members of the group.

That means meme transfer via "language" communications between group members is easier, and thus, corruption can and does happen to entire meme-complexes or groups that way as a matter of course.

Likewise, when a corrupt group or meme-complex governs a nation the whole nation can experience the effects of the corruption.

The core hypothesis, then, is that an entire meme-complex can become corrupt by the toxins of power.

Once that happens it can be said that a nation is governed by corruption much in the same way that an individual can become corrupt, then proceed in a corrupt direction.
Posted by Dredd at 6:28 AM