What Is Pseudo Science? 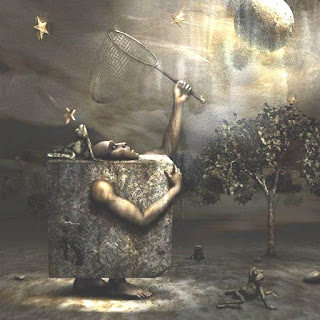 There are times in history when science has become a political tool.

In such times the participants become more interested in supporting the ruling elite than in establishing independent and unbiased practices and methods with which to discern physical reality around us.

Sometimes it is the common people who practice pseudoscience but at other times, surprisingly, it is the scientific community itself that practices pseudoscience.

The development of "germ theory" is one stark example.

If you could ask Ignaz Semmelweis he just might say pseudoscience is "the kind of science that rejects the obvious, then has a violent reaction towards those who don't reject the obvious":


Semmelweis's observations conflicted with the established scientific and medical opinions of the time and his ideas were rejected by the medical community. Some doctors were offended at the suggestion that they should wash their hands and Semmelweis could offer no acceptable scientific explanation for his findings. Semmelweis's practice earned widespread acceptance only years after his death, when Louis Pasteur confirmed the germ theory. In 1865, Semmelweis was committed to an asylum, where he died of septicemia, at age 47.

(Ignaz Semmelweis, emphasis added). Galileo or Copernicus would have similar notions, as would modern scientists who also experienced blinding bias during their scientific careers.

Some people today think that climate scientists who declare that global warming is happening are hoaxers, that is, pseudo scientists, thus the problem:

(Wikipedia). It is further illustrated by the notion of jury trials, where scientific experts will testify about their credentials, then have opposite conclusions on the same set of facts.

There are actually science police who may try to enforce absolutism, but sometimes run into problems since one man's pseudoscience is another man's science.

Most of the time the issue can be decided clearly, but not always, as with so many human endeavors.

The toxins of power do not stop at the laboratory door.

The scientist in the video below was considered, by establishment scientists, to be a heretic when she first postulated what is now considered to be basic:
Dr. Lynn Margulis:

There is some fraud in science too, sometimes to enhance a theory, such as the Piltdown Man hoax. Link